Or select from one of ours

Mutina’s designer ranges offer an endless selection of textures and colours — from soft, neutral and dark shades to bold and vibrant tones, with exciting patterns, glazed finishes and relief textures.

The desire to innovate, combined with their commitment to art and design, ensures that they produce high-quality, distinctive materials which cannot be rivalled. Working with top designers including Patricia Urquiola, Raw Edges, and Edward Barber & Jay Osgerby, amongst many other stars of the international design world, results in visually exciting, often experimental ranges which transcend the limits of tile design to help create spaces that are utterly unique. 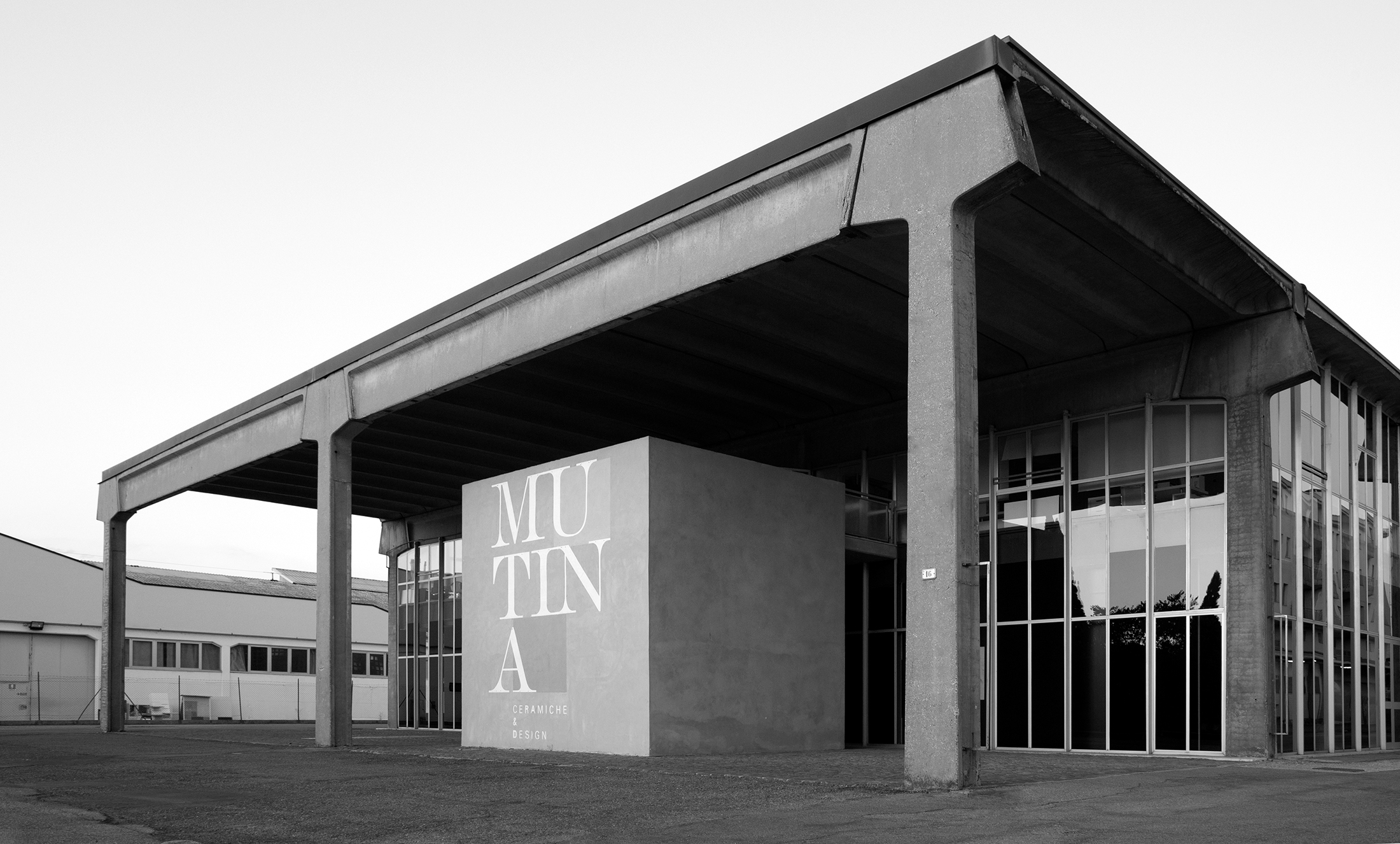 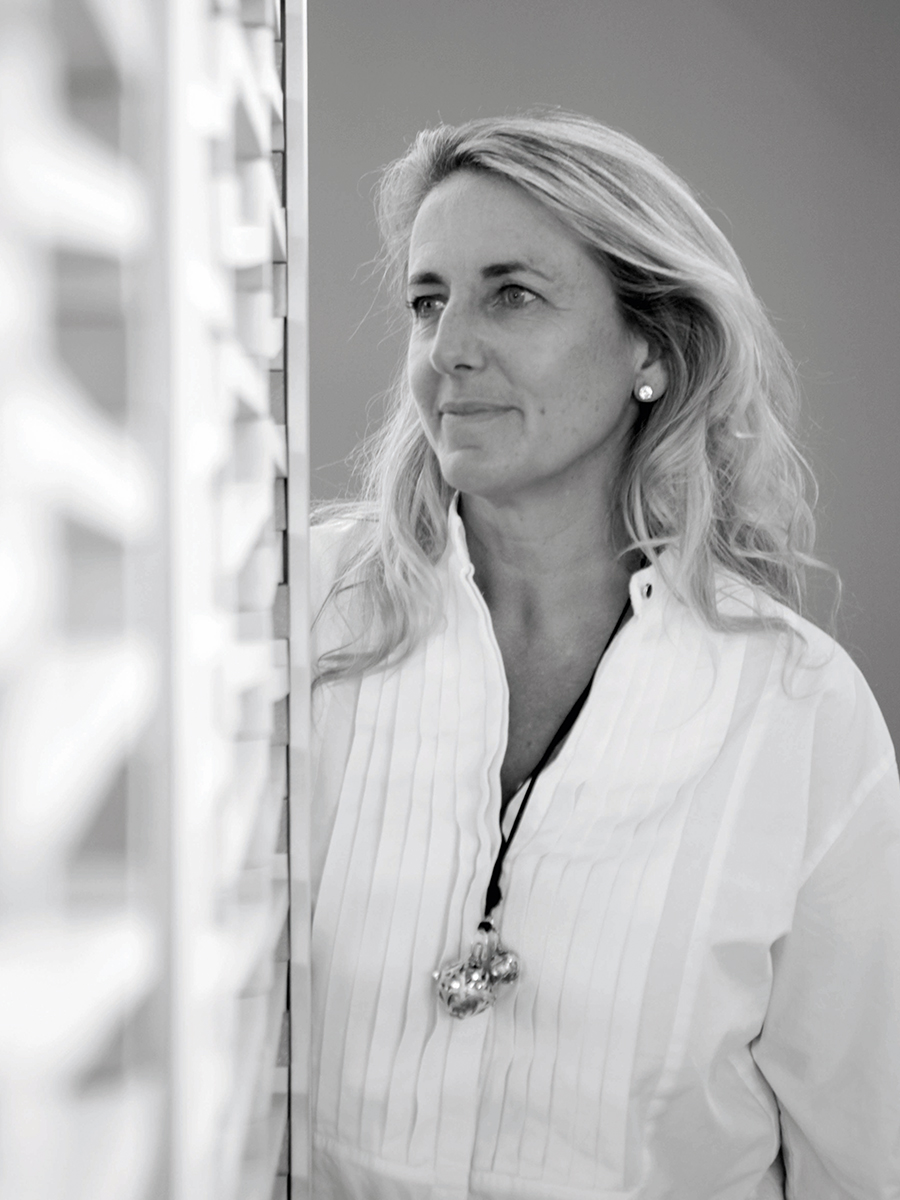 Spanish architect and director, adopted Italian. A pioneer of the Mutina team.

Patricia Urquiola was born in Oviedo, Spain, but has lived and worked in Milan for over 20 years. She studied architecture at the Technical University of Madrid and the Polytechnic University of Milan, where she graduated in 1989, and Achille Castiglioni oversaw her graduate thesis. In the early years of her career, she was assistant lecturer to Achille Castiglioni, she collaborated with Vico Magistretti and was Head of Design at Lissoni Associati.

Urquiola has won several international prizes, including Medalla de Oro al Mérito en las Bellas Artes and the Order of Isabella the Catholic, awarded to her by King Juan Carlos I of Spain, “Designer of the Decade” and “Designer of the Year”. 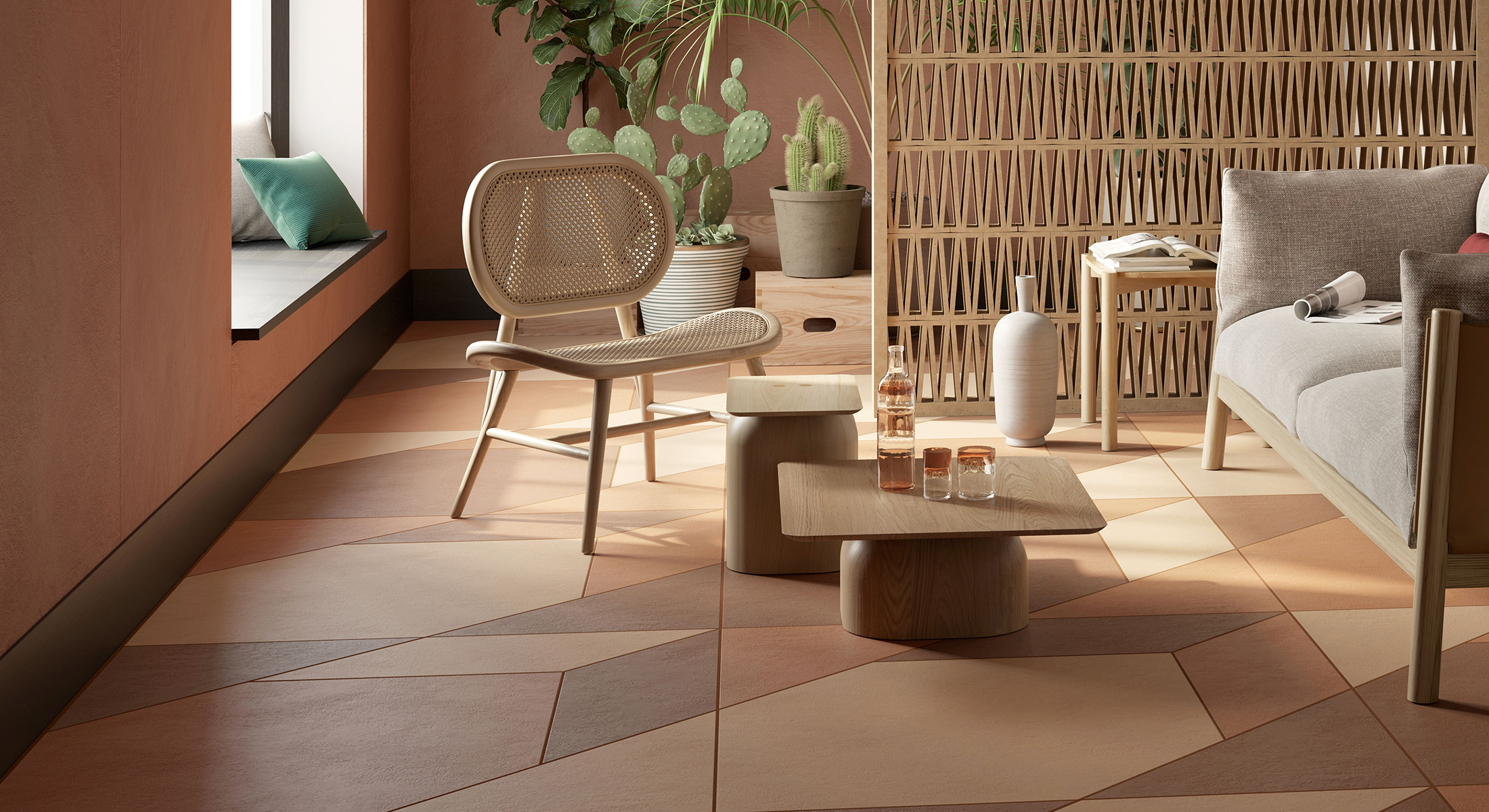 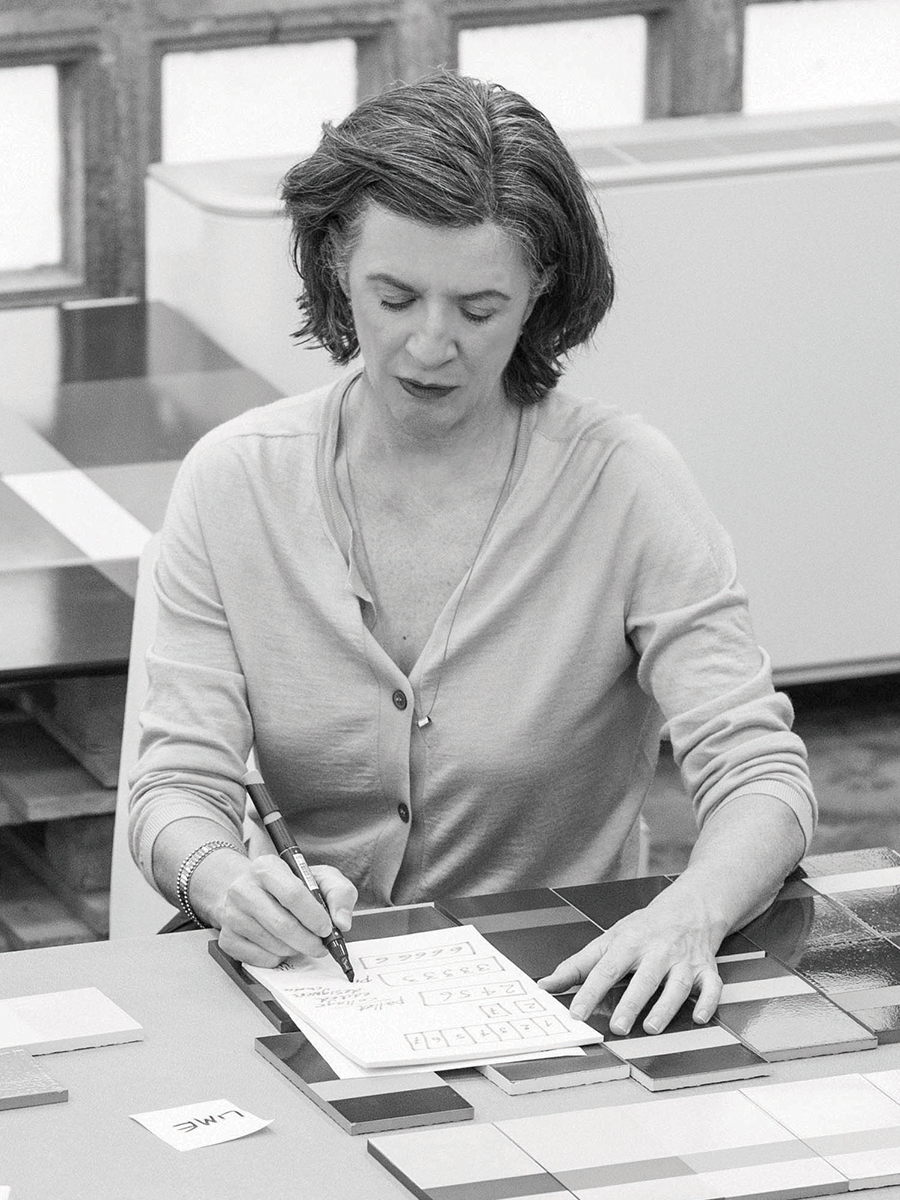 Designer and tireless researcher, Hella is well known for her never-ending colour and material study.

Born in the Netherlands but based in Berlin, Hella joined the Mutina team in 2018. Hella is known for combining the traditional with the contemporary in order to create products with individual character by including craft elements in the industrial production process.

She founded Jongeriuslab in 1993, where both independent projects and works for major clients are developed. The designer also acts as Art Director for Vitra and Design Director for Danskina, Kvadrat and Maharam’s rug atelier.

In 2017, Jongerius received the Sikkens Prize, thanks to her special contribution to the field of colour. Furthermore, many of her products can be found in the permanent collections of important museums, such as MoMA (New York), the Victoria and Albert Museum (London) and Boijmans van Beuningen Museum (Rotterdam). 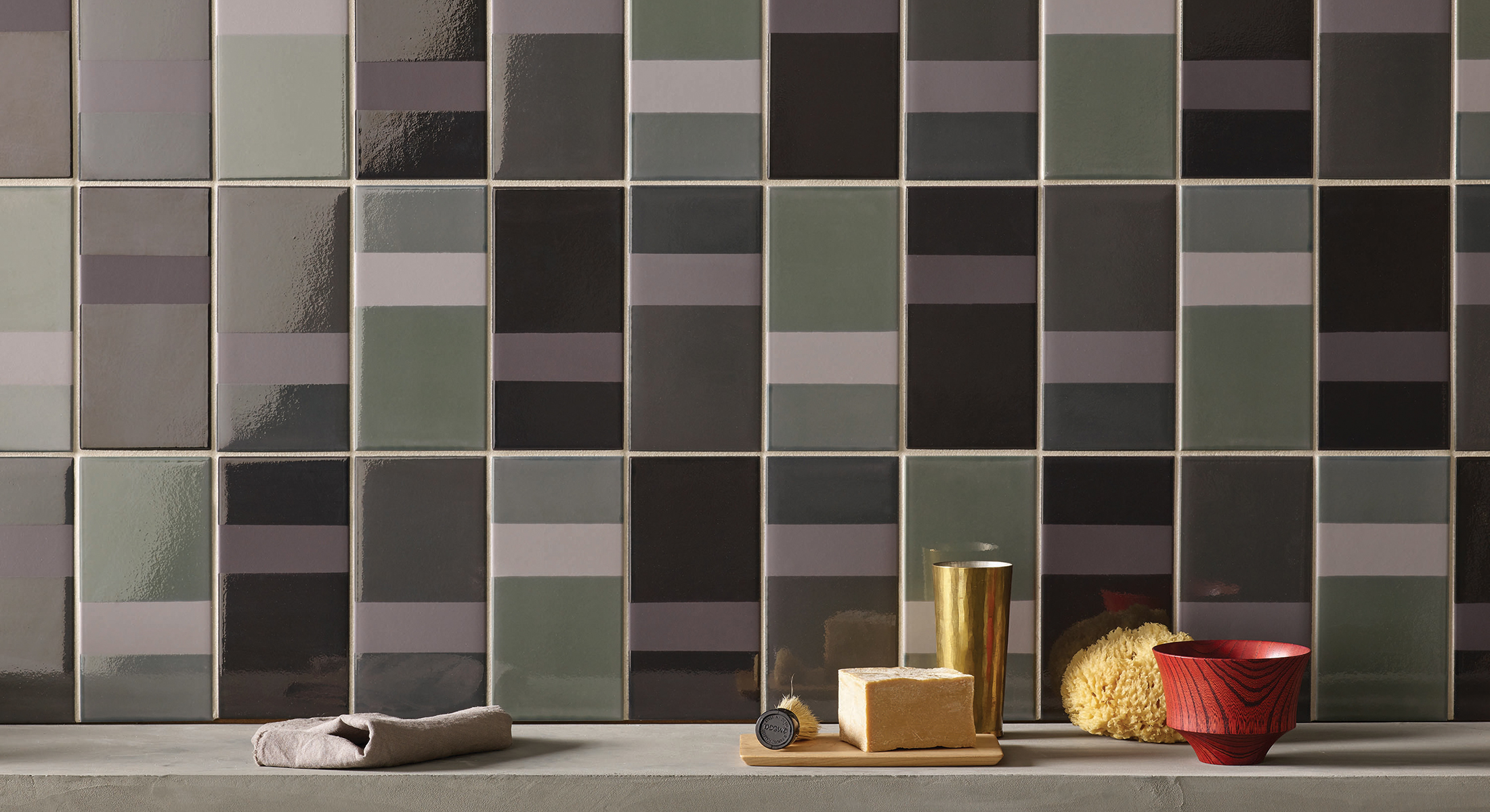 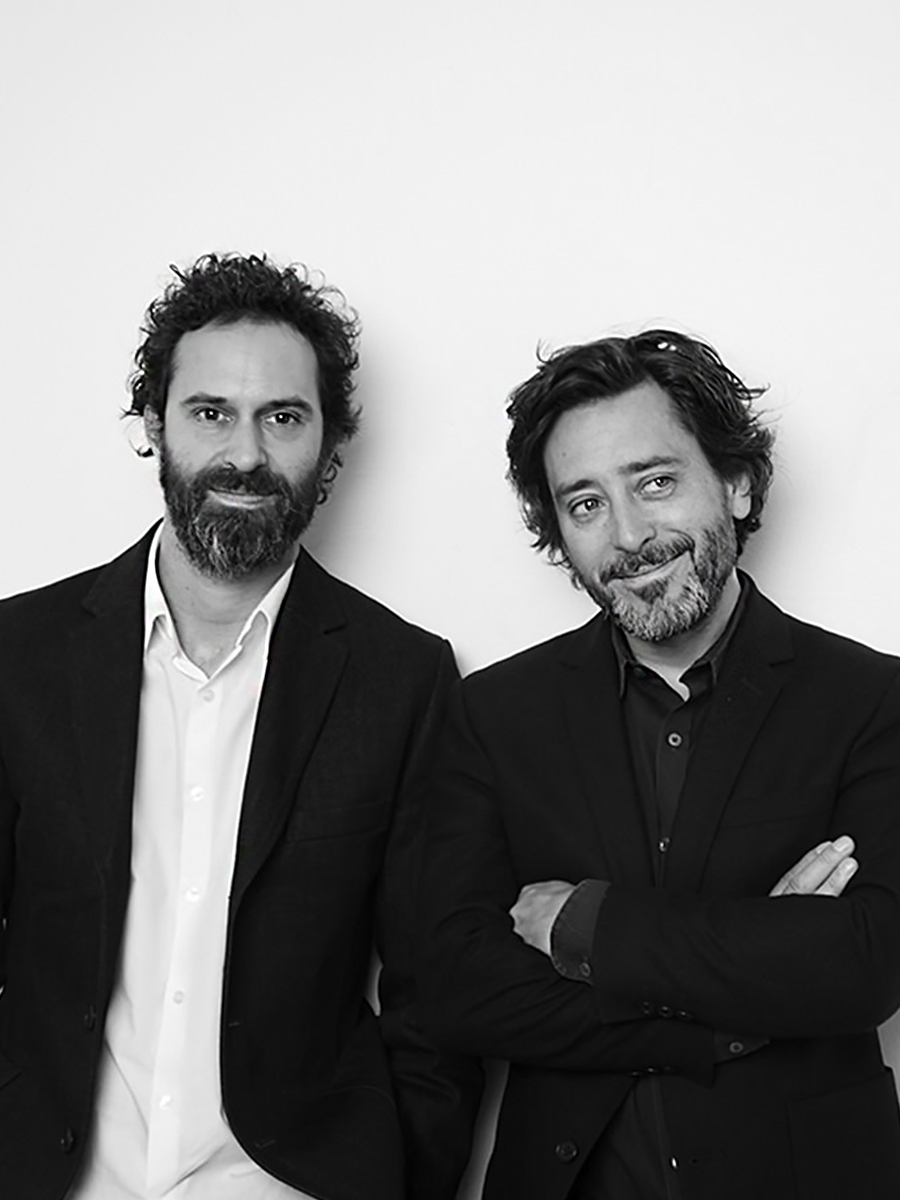 British designers and architects, known to challenge the multidisciplinary boundaries of design, architecture and art.

Edward Barber and Jay Osgerby, founders of the London-based studio that takes their names, joined the Mutina team in 2013 with the Mews range. They renovated the collaboration with Puzzle and launched Lane and Primavera in 2018.

Barber and Osgerby opened their London-based studio in 1996, after graduating from the Royal College of Art. Their multidisciplinary approach pushes the boundaries of industrial design, architecture and art. Their works include collections for Knoll, Vitra, B & B Italia, Cappellini, Venini and Flos, limited edition pieces and commissions such as the London 2012 Olympic Torch and the £2 coin designed for the Royal Mint.

The first extensive monograph on the pair was published by Rizzoli New York in 2011. They are both Royal Designers for Industry (RDI) and Honorary Doctors of Art. Their work is included in the permanent collections of museums all around the world, such as V&A and Design Museum in London, the Metropolitan Museum of Art in New York and Chicago’s Art Institute. 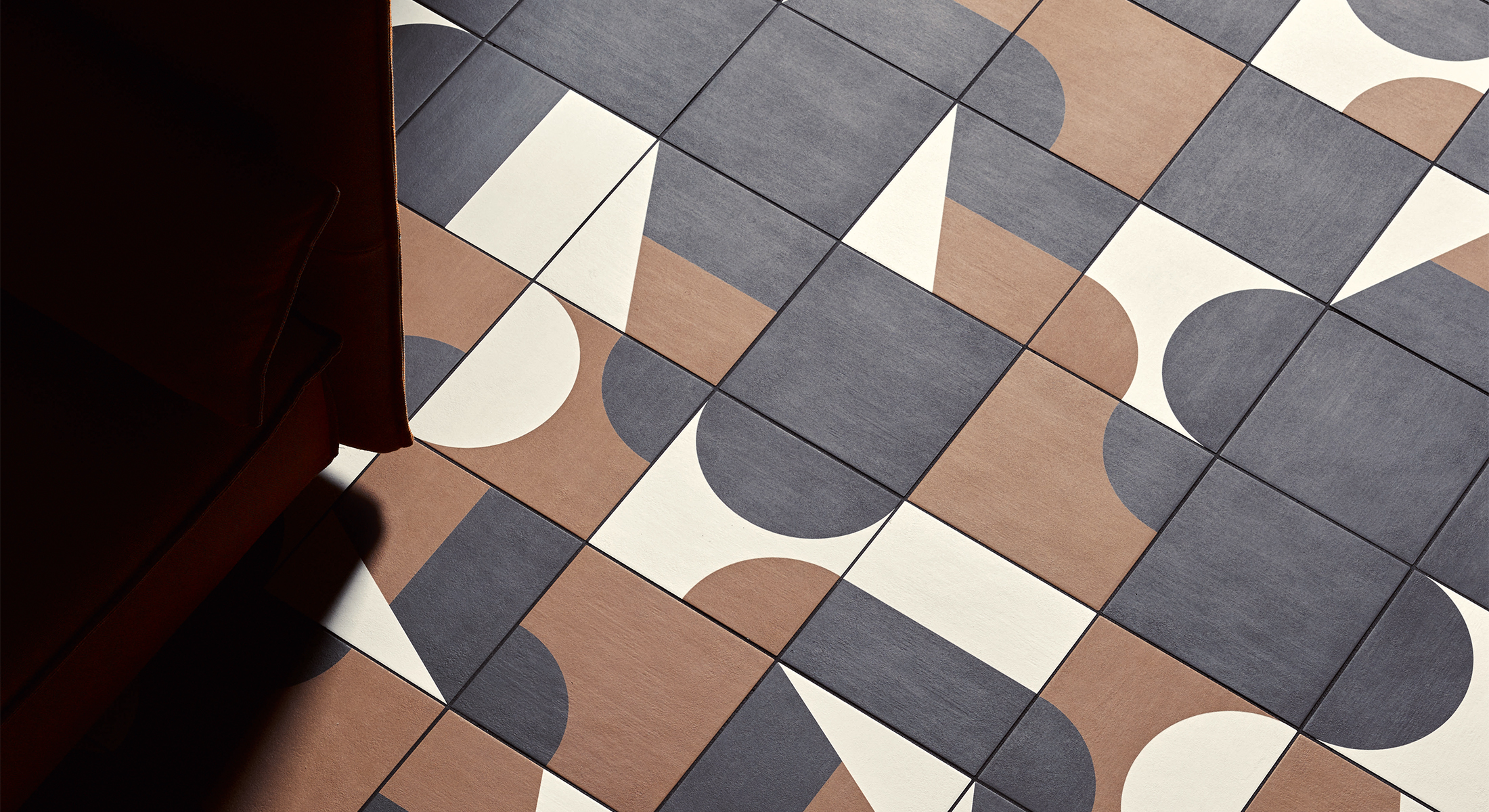 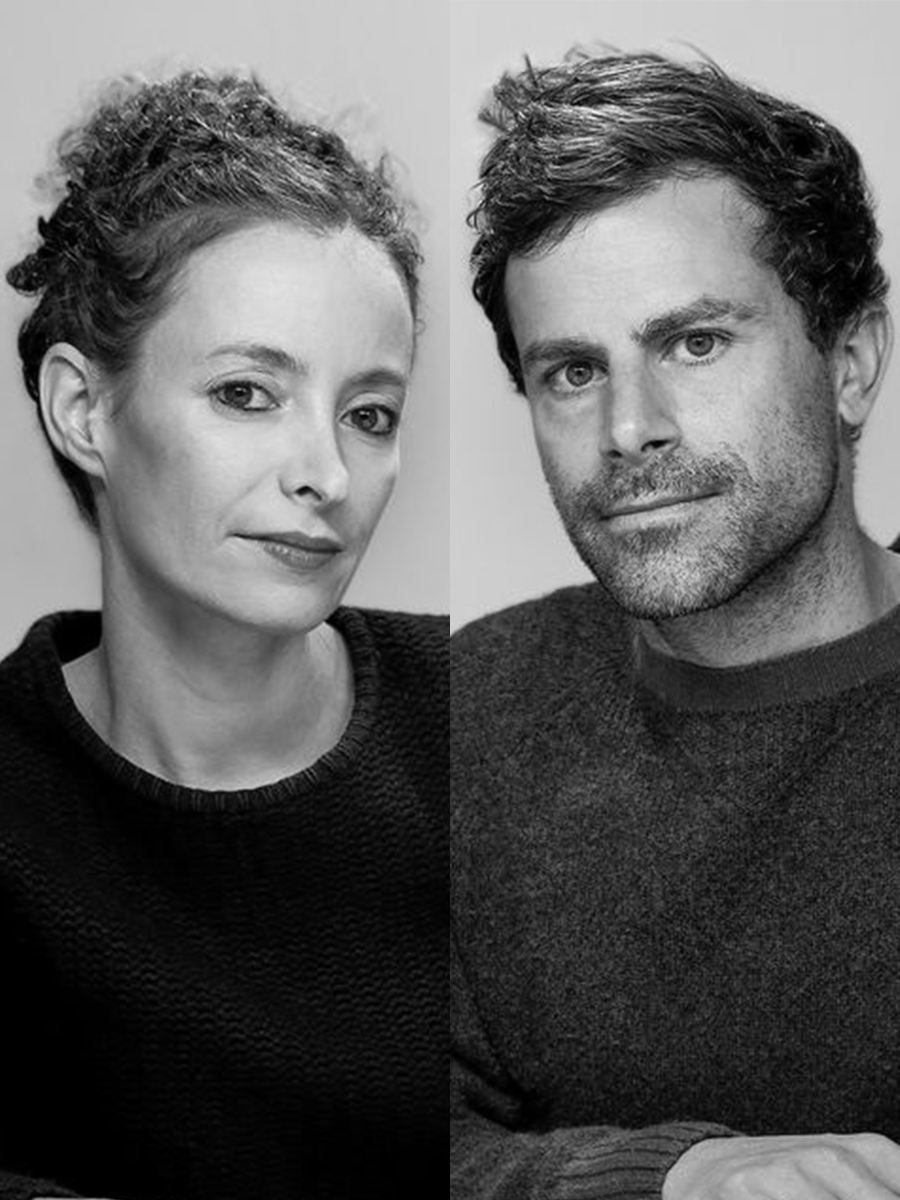 Design studio founded by Yael Mer and Shay Alkalay, whose different approaches combine in the creation of original projects, transforming the 'everyday' into the 'inventive'.

The Raw Edges design studio joined the Mutina team in 2010. Both born in Tel Aviv, Yael Mer and Shay Alkalay moved from Jerusalem to London, where they founded the Raw Edges Design Studio. Yael likes to fold slim layers of all sorts of material as if they were paper, creating curved volumes and functional forms, while Shay has a passionate interest in the way things move, function and interact. These two different approaches combine in the creation of original projects, characterised by a keen sensitivity towards the environment.

In 2009, they received the Elle Decoration International Design Award for Stack by Established & Sons and the Designers of the Future Award at Design Miami/Basel. They work with many international brands such as Cappellini, Established & Sons, Moroso, Kvadrat, Stella McCartney, Arco, Golran, Moustache and Lema. Their creations are part of the permanent collections at international museums. 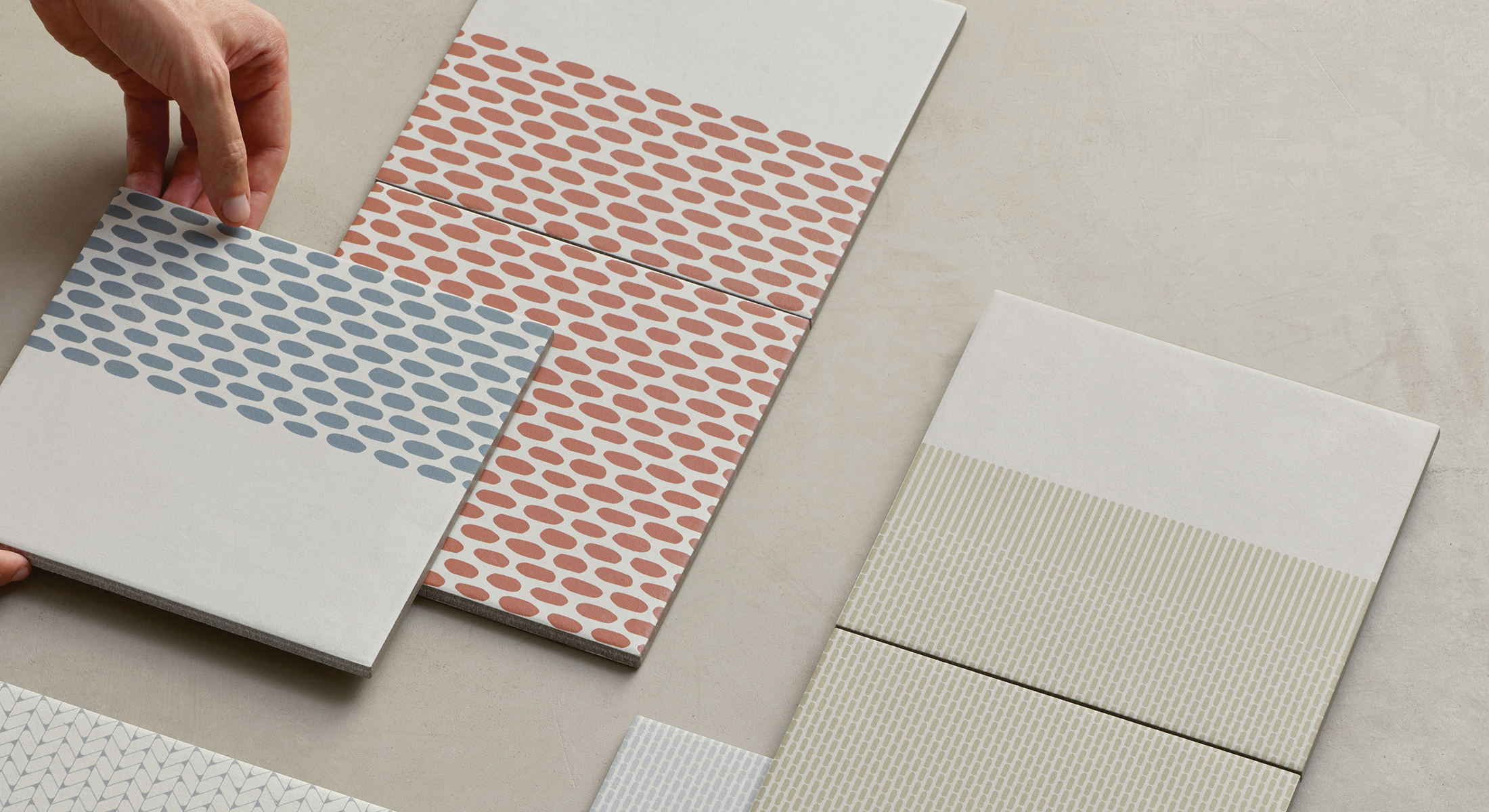 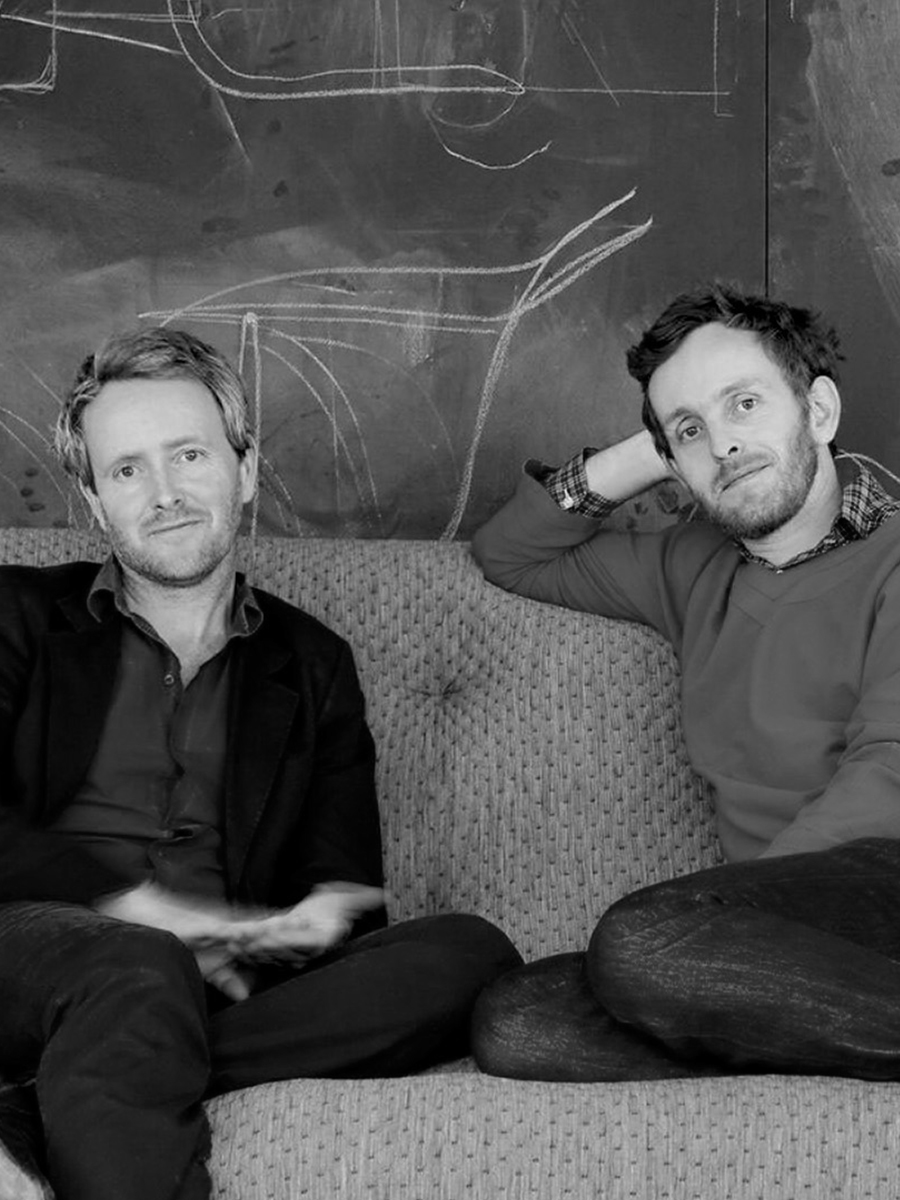 French designers and brothers who collaborate in a permanent dialogue nourished by their distinct personalities and a shared notion of diligence.

The collaboration between Ronan and Erwan Bouroullec develops as a permanent dialogue nourished by their distinct personalities. The design for many manufacturers, including Vitra, Kvadrat, Magis, Kartell, Established & Sons, Ligne Roset, Axor, Hay, Nanimarquina, Issey Miyake and Cappellini, and often embark on occasional architectural projects. They simultaneously continue their experimental activity at Galerie Kreo in Paris.

Their work has been recognised with many awards, including designers of the year at the Paris Salon du Meuble in 2002, the Finn-Juhl Prize in Copenhagen in 2008, two “Best of the Best” Red Dot Design Awards and the Panerai London Design Medal in 2014. Several exhibitions have showcased their works and their creations are part of the permanent collections of several international museums.

Ranges designed by Ronan and Erwan Bouroullec include: Piano, Pico, Punto, Bloc and Rombini (pictured below). 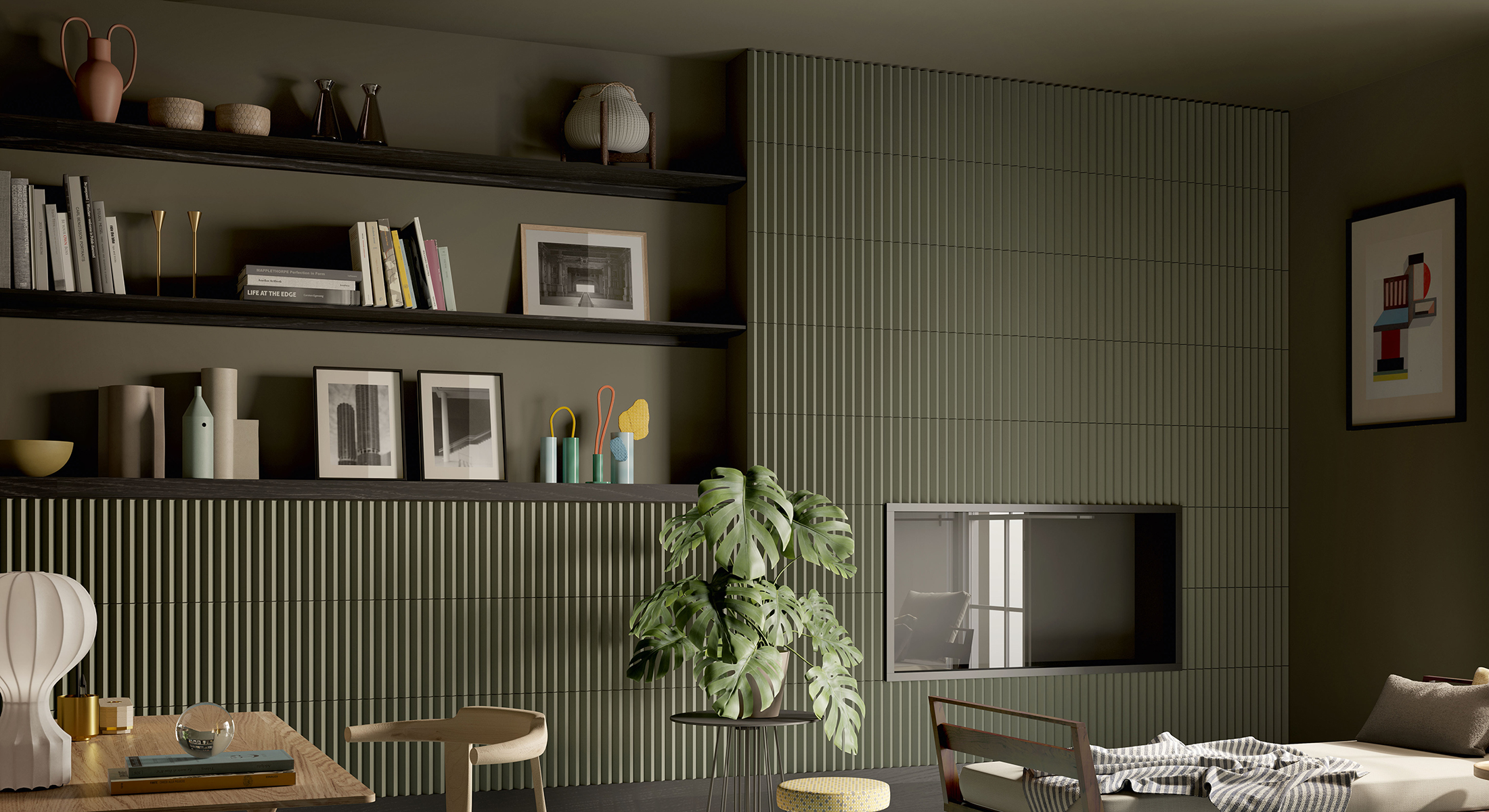 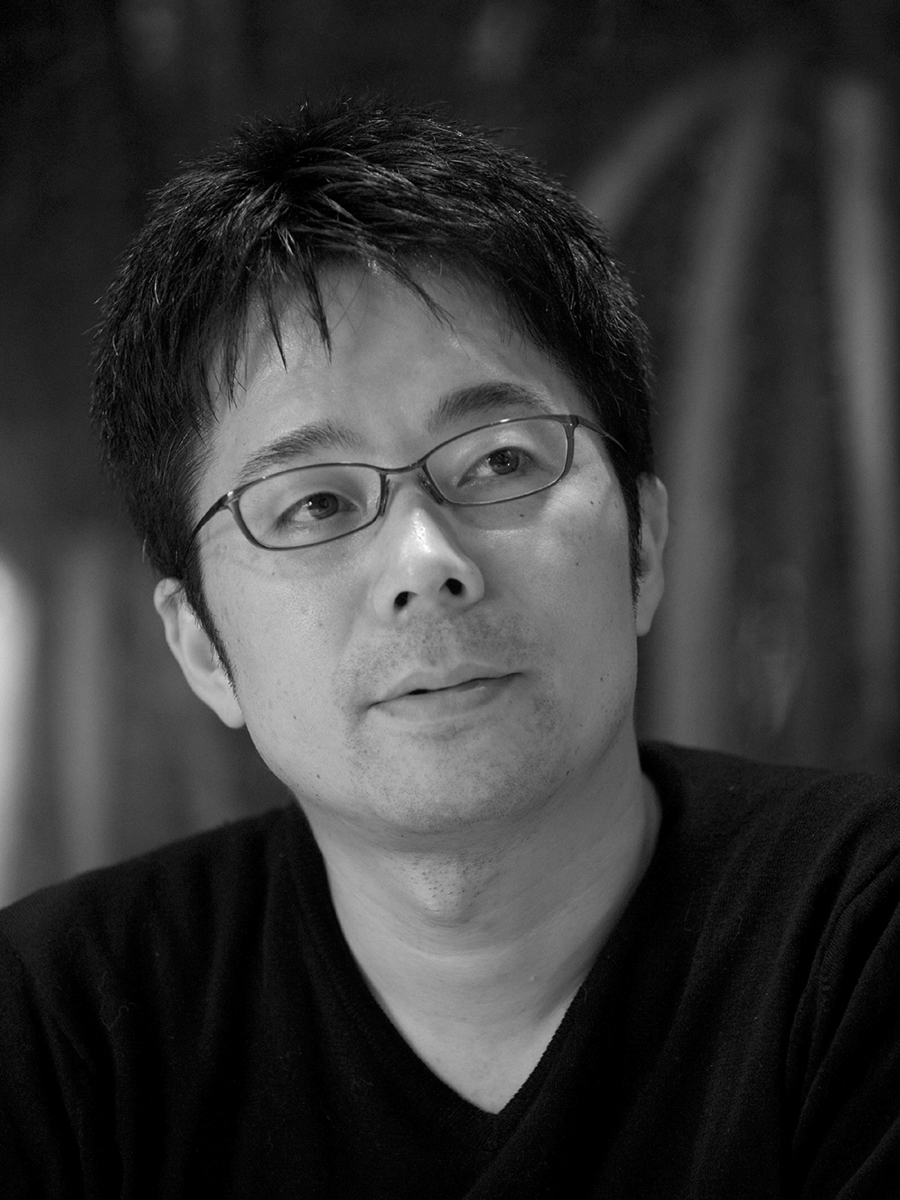 Experimental Japanese artist and designer whose work explores the relationship between nature and human senses, transcending boundaries within the art and design sphere.

Japanese artist and designer Tokujin Yoshioka joined the Mutina team in 2010. Tokujin Yoshioka was born in Japan, where he trained with Shiro Kuramata and Issey Miyake, and opened his studio in 2000. He collaborated with Japanese and international brands, such as Hermès, Toyota, BMW, Swarovski, Driade, Moroso and Kartell, among others.

The signature feature of his creative approach is the poetic and light, dreamlike quality of his work, which stems from the attentive and sophisticated selection of simple materials combined with technological experimentation. 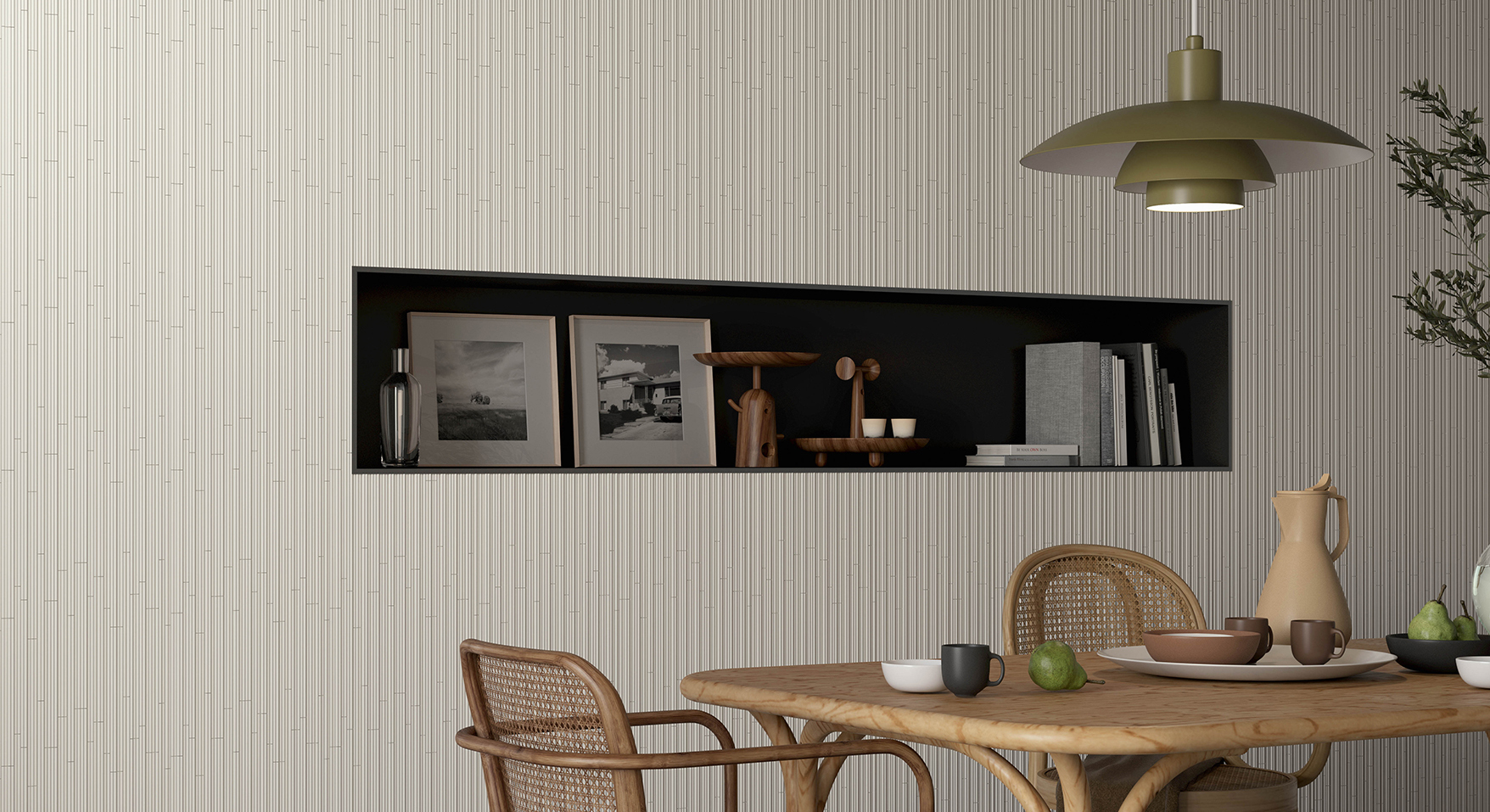 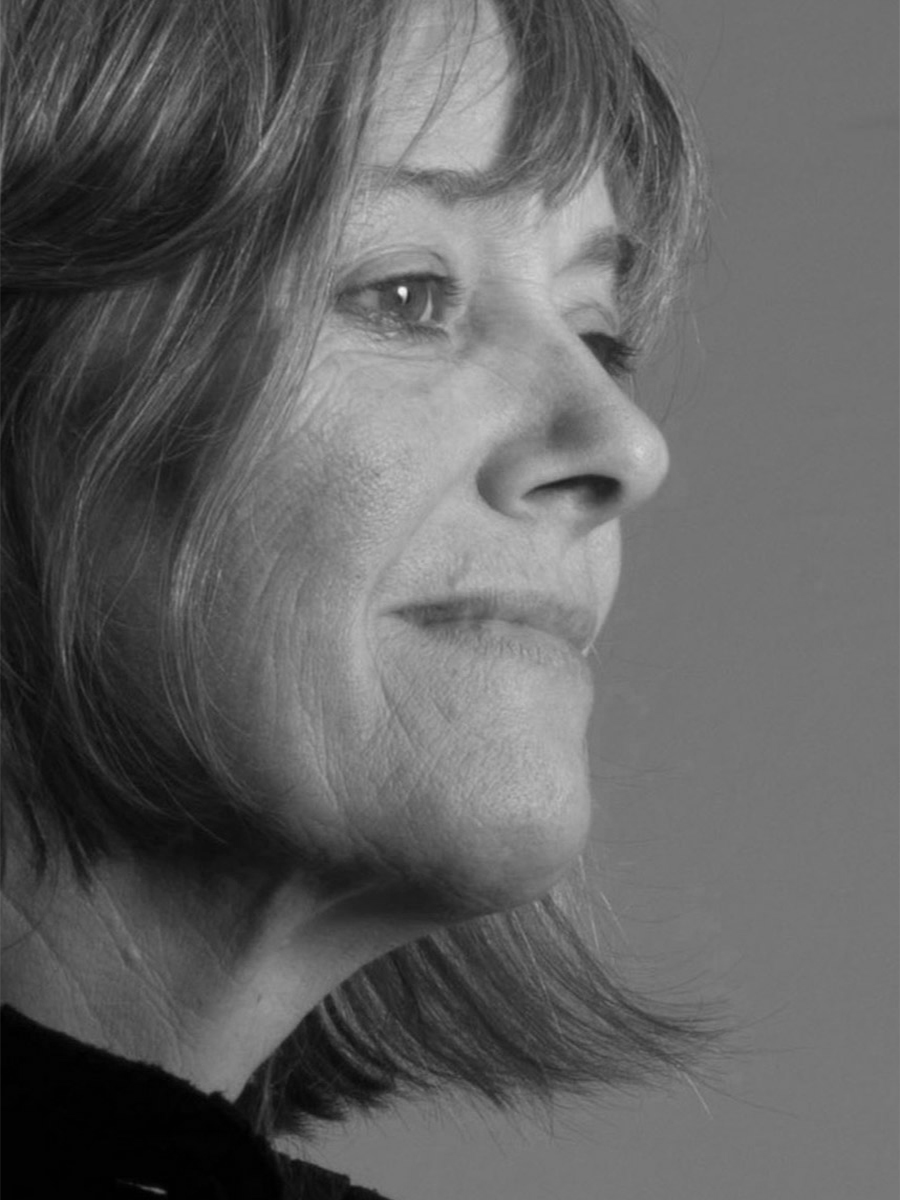 A Bordeaux native, artist and designer Nathalie du Pasquier joined the Mutina team in 2019. A founding member of the Memphis group, her early body of work focused on textiles, furniture and 'decorated surfaces'. Since 1987, she has consistently dedicated herself to painting; her artwork consists of bold shapes and colours, representing a twist on abstract art.

Her work has been featured in solo exhibitions at Kunsthalle Wien, International Center of Graphic Arts in Ljubljana, Galerie Fuer Zeitgenoessiche Kunt in Leipzig, Apalazzo Gallery in Brescia, Pace Gallery in Seoul and at Anton Kern Gallery in New York. 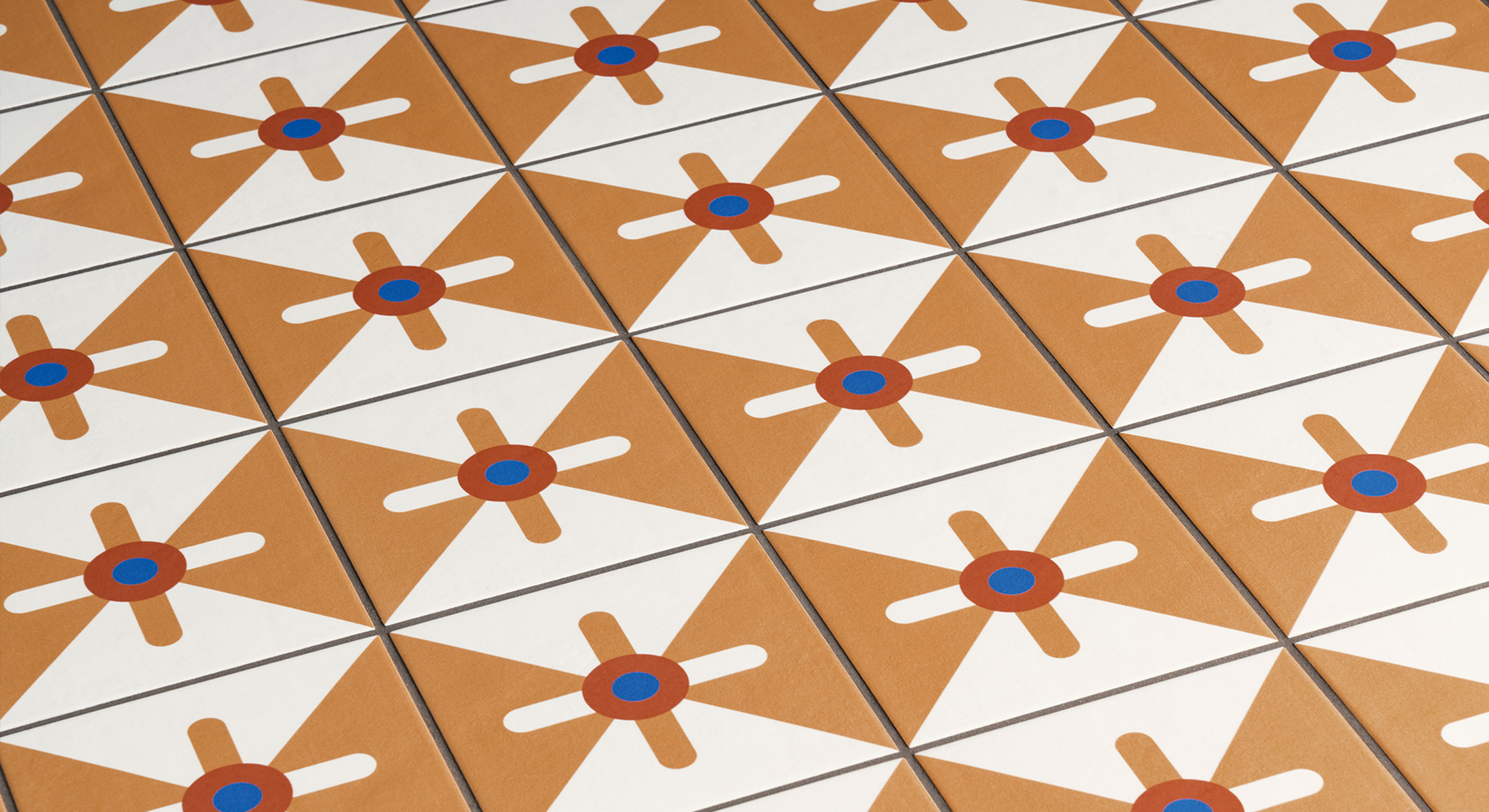 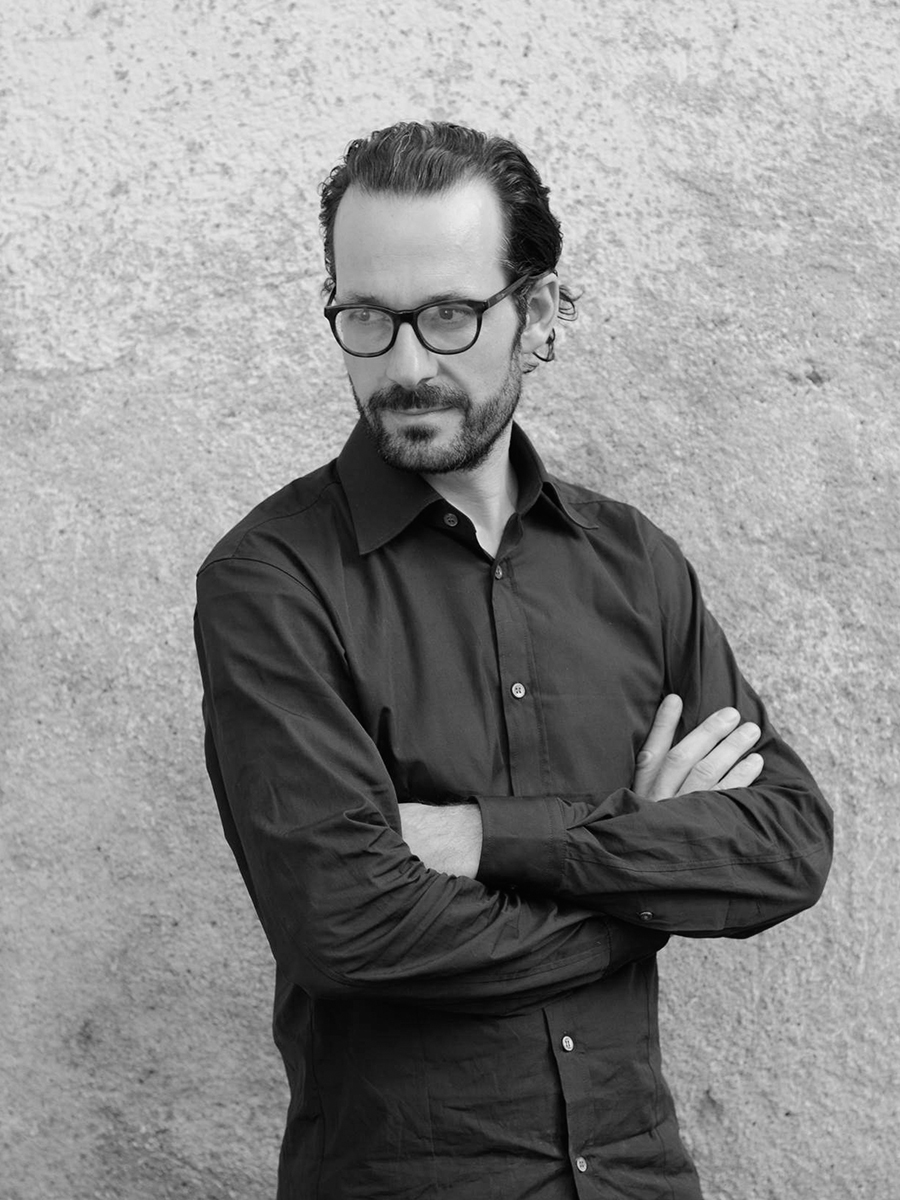 Konstantin Grcic joined the Mutina team in 2015. After studying design at the Royal College of Art in London, Konstantin Grcic opened his own studio in Munich in 1991, where he developed furniture, products and lighting for some of the world’s leading design companies (Authentics, BD Ediciones, ClassiCon, Flos, Flötotto, Magis, Maharam, Muji, Nespresso, Plank, Serafino Zani and Vitra).

Many of his products received international design awards, such as the prestigious Compasso d’Oro for his Mayday lamp (Flos) in 2001 and the Muto chair (Plank) in 2011, furthermore, they are part of the permanent collections of the most important design museums (MoMA – New York, Centre Georges Pompidou – Paris). 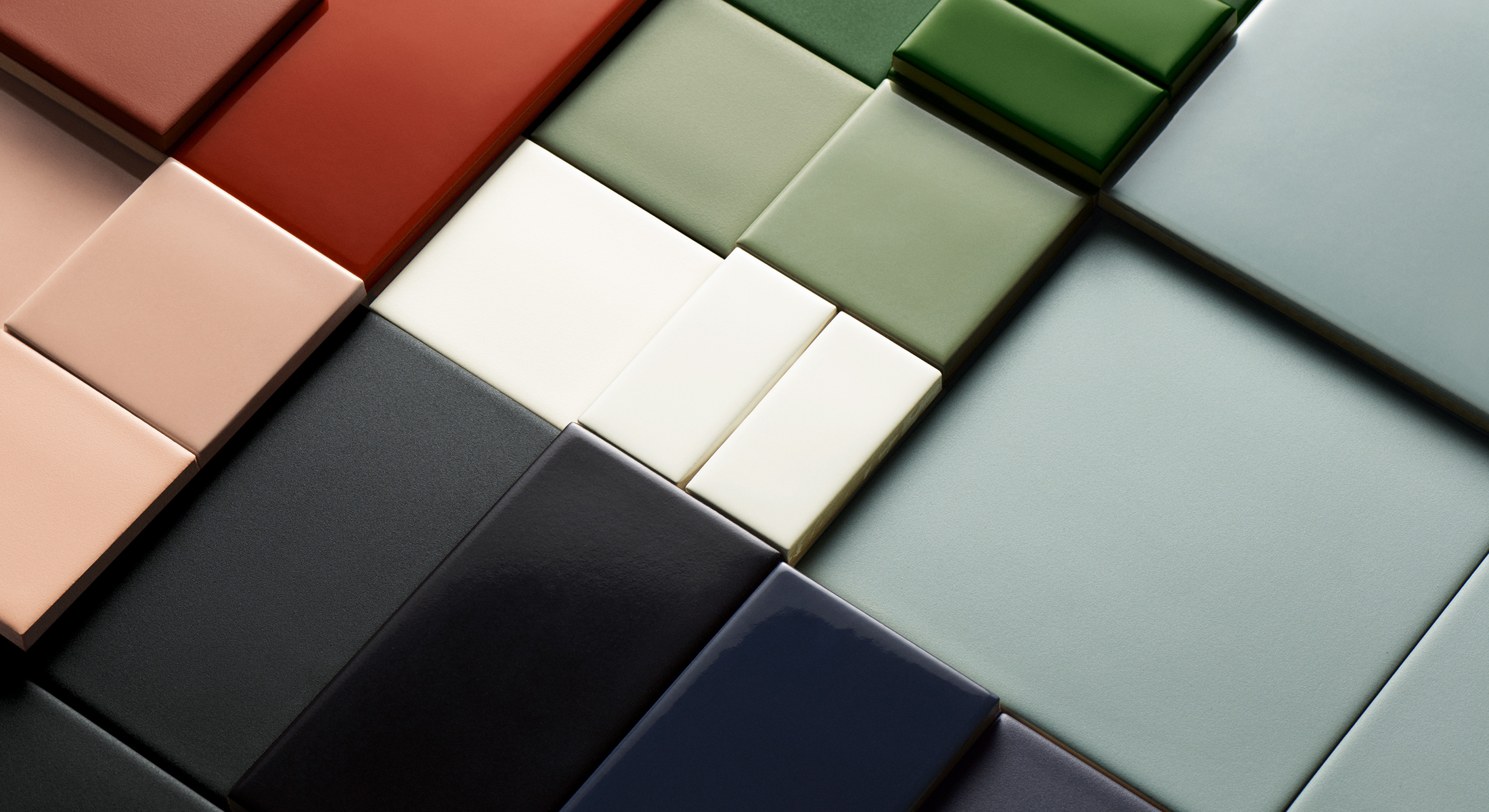 View the full Mutina collection and order samples
Back to index