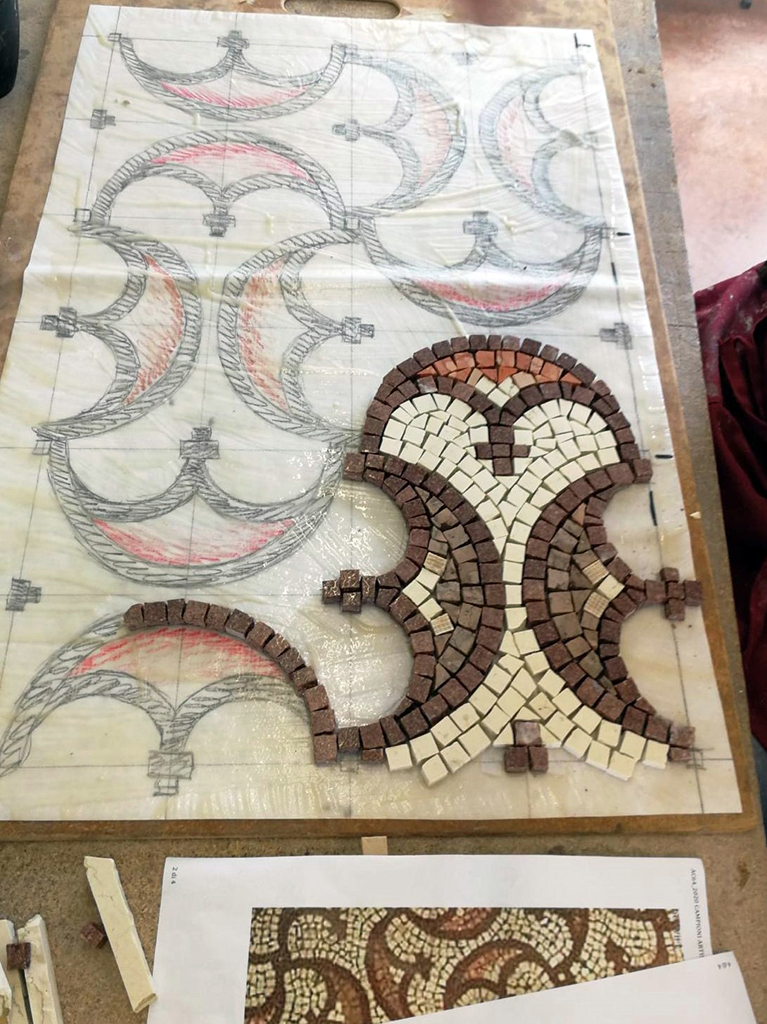 The Special Projects team at Mosaico+ are based in the heart of the traditional Roman mosaic-making area in Northern Italy, nearby to Negrar di Valpolicella where the flooring was discovered. Using locally sourced natural stone hammered into shape by hand via the same ancient techniques that the Romans would have used, the master craftsmen at Mosaico+ have assembled stone mosaic pieces into one of the well-preserved patterns. The team utilise a mix of finely honed skills, experimentation and cultural knowledge of mosaics to create unique bespoke designs as well as replica restoration pieces for clients across the world. 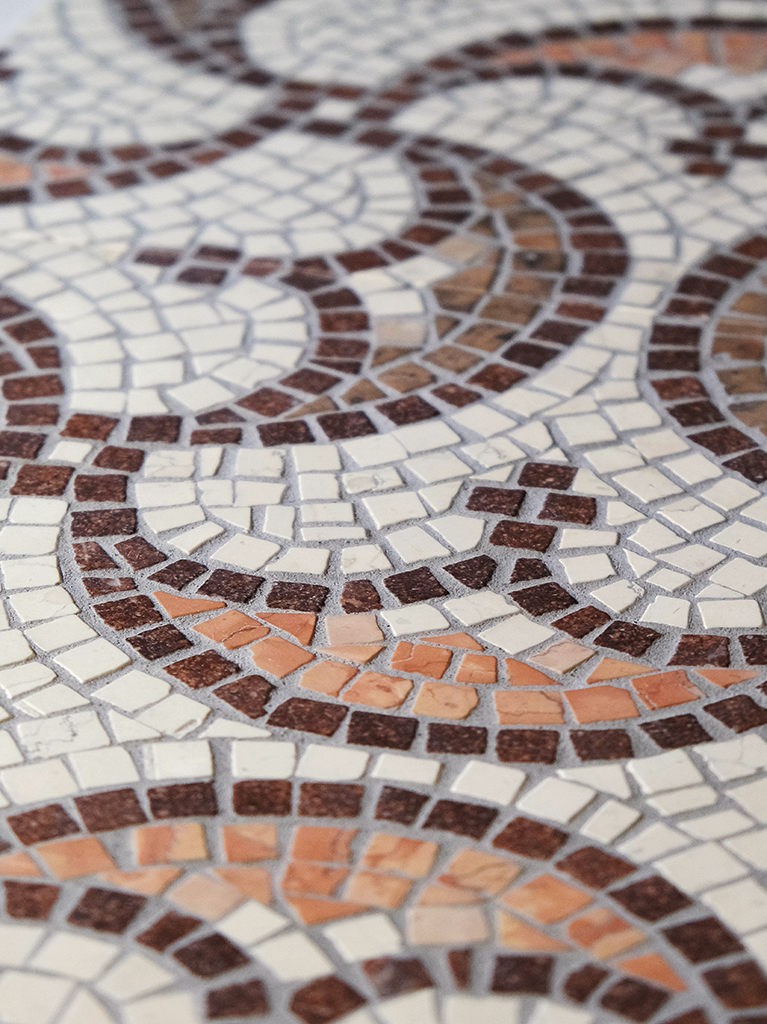 The original Roman mosaic flooring, which dates from the 3rd or 4th century A.D., was found buried under metres of earth near to the town of Negrar di Valpolicella after decades of searching. The site was originally excavated in 1922 but then reburied and mostly forgotten about until recently. According to one of the archaeologists who made the recent discovery, Verona’s ancient inhabitants ‘had a unique taste in flooring’ and ‘few villas have been found with such well-preserved and well-executed examples’. 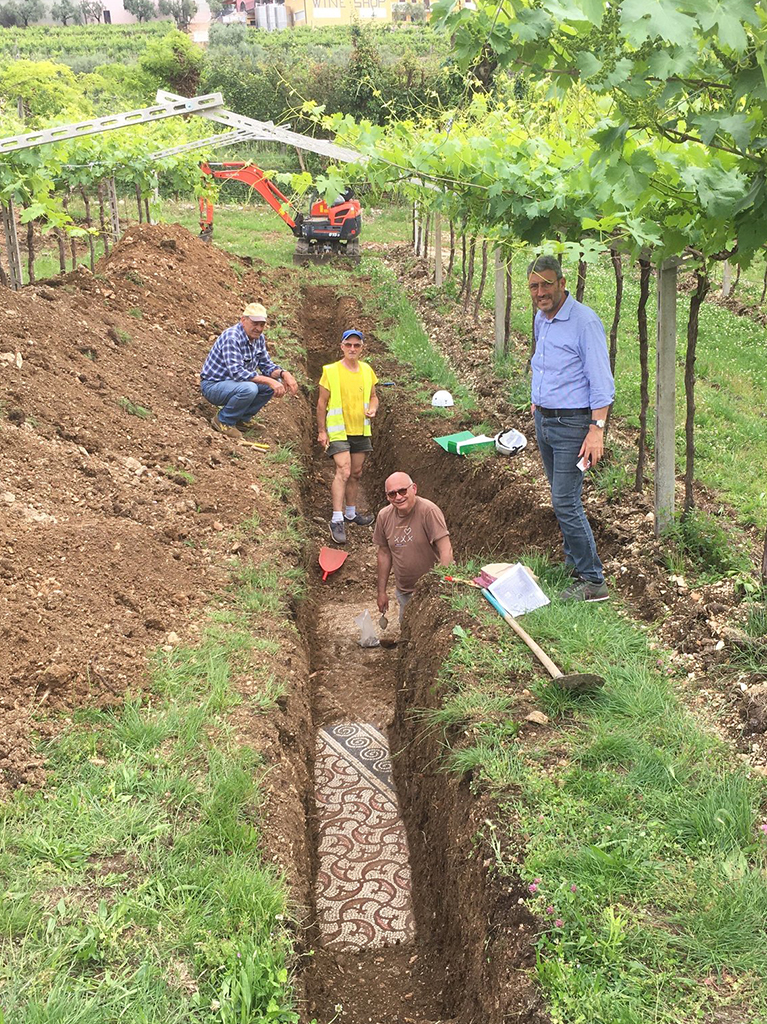 Nearly 100 years after the last excavation, a state-funded effort led by archaeologist Gianni de Zuccato began last year to try to find the long-lost mosaics. The moment the team unearthed the first strip of mosaic between three and five feet underground and uncovered part of the flooring that Mr. de Zuccato knew well from the century-old photographs – he said:

“It was one of the most moving experiences of my life. I had the sensation of entering a time machine, of coming into contact with reality that’s long gone, so many centuries ago, and yet having the imprint of humankind”. He added: “I cannot help but think of the people who laid the mosaics, of the people who lived there — not only the aristocrats but the dozens of servants and farmhands who lived on the land. That deeply moves me”.

Image: Superintendence of Fine Arts and Landscape of Verona, Rovigo and Vicenza 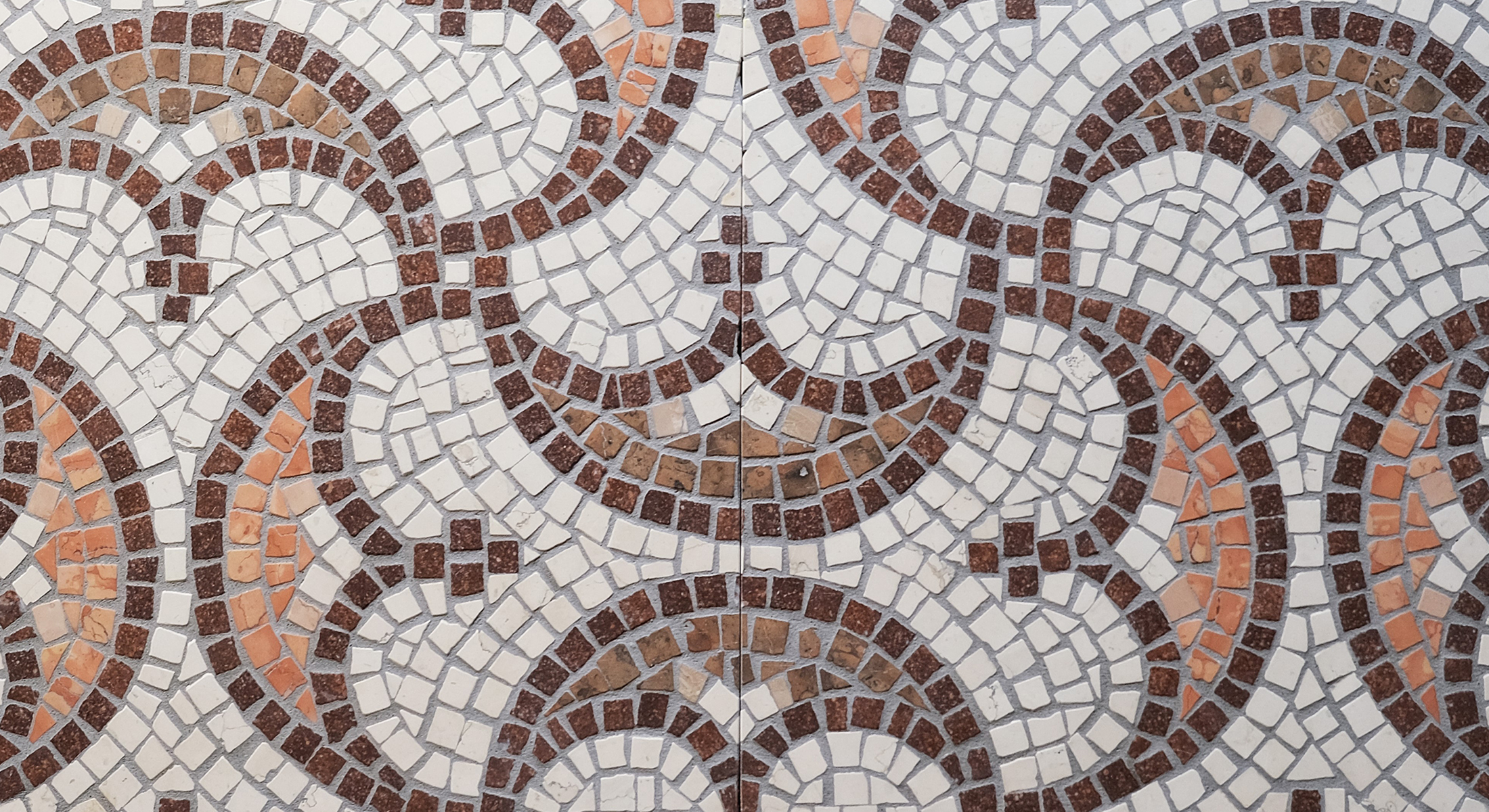 In a 2007 book on mosaics in the Veneto region, the archaeologist Federica Rinaldi, now responsible for the Colosseum in Rome, used the old photographs to date the mosaics to the third or fourth century A.D., based on a comparison with other mosaics in the area.

Enquire about bespoke mosaic designs or restoration projects
Back to index

A 'Virtual Panel' Webinar by #DesignPopUp

Our W1 showroom now has a stunning residential 'show apartment'